How was your Monday??


Thought want to go to watch this film - Seven Pounds. 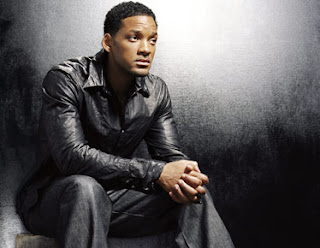 How unfortunate, everything in Australia is delayed, I mean in terms of movies. If High School Musical 3 was aired in Malaysia in October, ours was in November.

Now, the official release for this film was 19 December worldwide. Guess what, the movie will be released only at 8th of January 2009. What the heck?? :P

I think this movie worth a watch. From the same producer of The Pursuit of Happiness, the story line would be something realistic. Ohh..do you know, how I hate fiction movies such as Narnia, Lord of The Rings etc :P

Here is the synopsis

Ben Thomas (Will Smith) is a man deeply depressed after an accident where, by using his cell phone while driving and his car wandering across lanes, he was responsible for the deaths of 7 others, including his beloved wife. He decides to kill himself to help seven struggling individuals to try and make up for his terrible mistake. His brother (Michael Ealy), who works for the IRS, is deeply concerned about his state of mind. Ben steals his brother's IRS ID to access the IRS database and to find and meet people who he believes worthy of his gifts which includes body organs and material possessions. Holly Apelgren (Judyann Elder), Ezra Turner (Woody Harrelson), Connie Tepos (Elpidia Carrillo) and Emily Posa (Rosario Dawson) are among those who he identifies to help. He has a plan for when he identifies his 7 benefactors that requires his best friend Dan (Barry Pepper) sees that his wishes are carried out.

Kak Inah, how I hate fiction movies too!

p/s: I've listened to the song u promoted just now. I prefer something poetry and artistically written =) Good music that accompanies will give a bonus.

hehehe..diff people have diff taste of music :)..and we have the same taste in film :)

puan, i ll be goin to my fren convo event on tuesday 23rd, morning to afternoon at bonyton hall. buzz me if u r around k!

Me, Myself and I

Inah
I am an average girl..looking for happiness in life.. Will I have that?

SOMEWHERE OVER THE RAINBOW